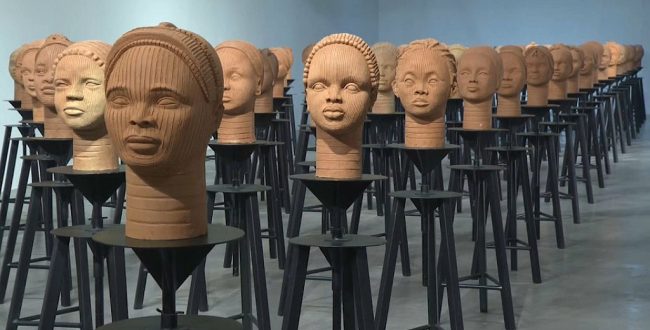 The faces of the 108 Chibok schoolgirls kidnapped by Boko Haram in Nigeria in 2014 are remembered in a new exhibition of sculptures in Lagos, Nigeria.

The 108 Chibok girls faces have been sculpted in clay in a collaboration between french artist Prune Nourry, university students, professional potters and the families of the victims.

Since then, about 160 of the girls have been released, some after years of captivity, but the story has long faded from the headlines.

Prune Nourry hopes her work will remind the world of this largely forgotten tragedy.