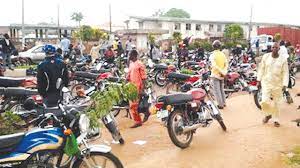 Police officers reportedly shot and killed a motorcyclist at Sabo Market in the Ikorodu area of the state in Nigeria.

The police were reportedly in a park near the Sabo market when they arrived to impound the motorcycles of bikers who were acting against the state’s motorcycle ban.

“The policemen were attempting to seize a bike from his colleague when the victim intervened, adding that one of the policemen shot him,” according to a motorcycle.

Another motorcyclist, while lamenting the incident, said immediately he was shot, he was rushed to the Ikorodu General Hospital but was rejected.

He gave up the ghost while receiving treatment at a private hospital.