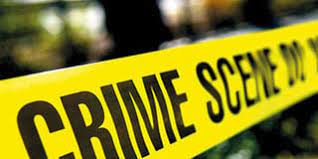 A man stoned his wife to death in Kenya

A 32-year-old woman died instantly after her husband hit her on the head wth a stone in Mutunduri, Embu, Kenya, according to reports.

“The man confronted his wife and started quarreling her over unknown reasons. He then picked a stone and struck her on the head, sending her sprawling down,” according to witnesses.

The assailant then took off, leaving the victim bleeding profusely, after the attack.

The body of the victim was taken to Embu Referral Hospital mortuary for postmortem examination by the police.

He is wanted by the police so that he can face the law.