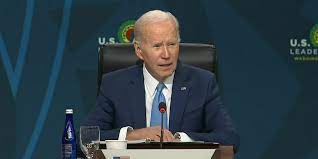 Joe Biden would be the first U.S. president to visit since Barack Obama went in July 2015 to Kenya and Ethiopia as he planned to visit sub-Saharan Africa.

“We’re all going to be seeing you and you’re going to see a lot of us,” Biden told a summit of African leaders.

“Some of you invited me to your countries. I said, be careful what you wish for, because I may show up,” he said.

Obama’s successor Donald Trump made little secret of his lack of interest in sub-Saharan Africa and was the first president in four decades not to visit while in office.

Biden also pledged U.S. support for a permanent African Union seat in the Group of 20 club of major economies, in which South Africa is the continent’s only member.