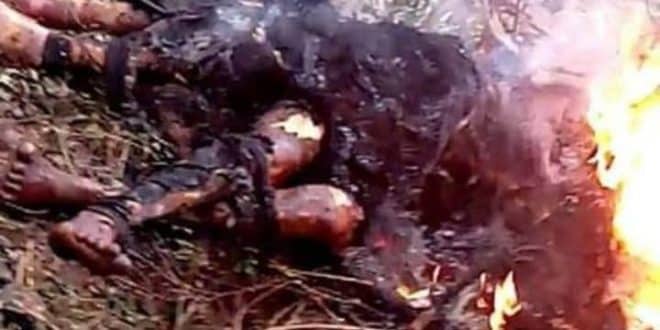 A 70-year-old man was burned to death in an inferno that engulfed a house around midnight in the Akyem Asuboa community in the Eastern Region of Ghana.

“In fact, the man was sleeping alone in the house so he was burnt to death. I tried hard before getting fire service personnel to come around to help extinguish the fire.” the assembly member for Asuboa Salam told the Starr News.

“They broke into other rooms to rescue four others including children,” he added.

The charred body has been wrapped and taken to the morgue for preservation pending further investigation.