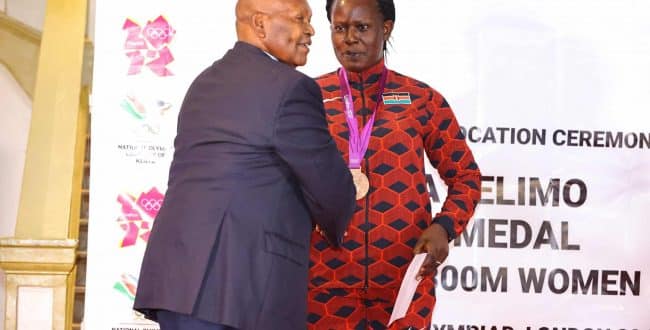 Kenya’s Pamela Jelimo has received a bronze medal ten years after finishing fourth in the 800m final at the 2012 Olympic Games in London.

She was given the medal following the International Olympic Committee’s (IOC) disqualification of Russia’s Mariya Savinova due to a doping violation in 2015.

Speaking to the BBC, Jelimo popularly known as Eldoret Express, condemned doping in sport, saying it was “a threat to an athlete’s career progression.”

“It’s like a dream. At first I didn’t believe it when I heard the good news. It’s really every athlete’s dream to win a medal at the Olympics and I’m honored that my parents are with me and share in the joy,” she said.

The re-award ceremony comes at a time when Kenya is under fire for high levels of doping and recently escaped an international ban.