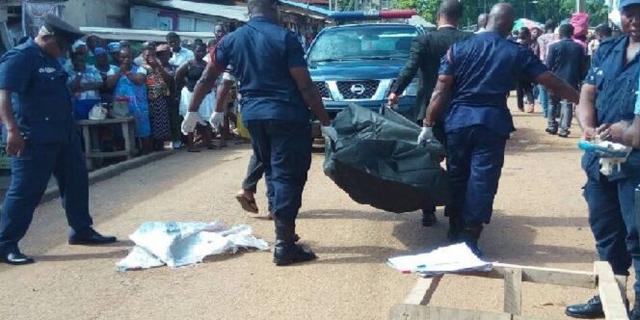 The lifeless body of a young man has been found dead at Danyame near Unity Oil fuel station in the Ashanti Region, Ghana, local media reported.

He was spotted sitting in front of a shop biting his fingernails with his teeth and was later seen struggling on the floor until he was noticed dead by some security officers in the area.

A check in a polythene bag found on him revealed some medicines leading residents to suspect that he was sick before dying in the area.

Although the police patrol team had been to the scene, the lifeless body had not been taken to the morgue for preservation.

Residents fear they may contract a communicable disease if the body is left to decompose there.