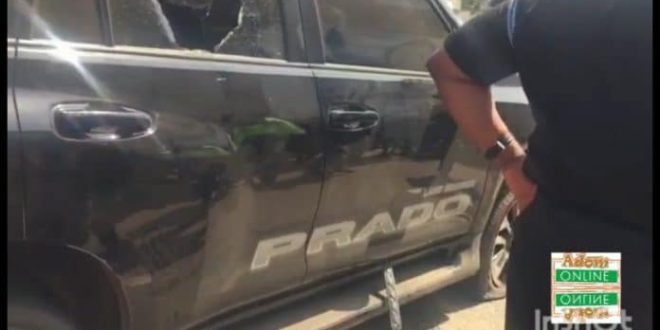 Woman shot in daylight by gunmen in Ghana

A woman has reportedly been shot by gunmen while driving in a Prado in Caprice on the Circle-Nsawam Highway in Ghana.

According to Adom News, witnesses said they suspect the robbers followed the victim as the passengers fired indiscriminately at the car as they approached.

“They went down to unlock the car from the inside and asked the woman to hand over her bag, but she struggled with them and one of them shot her in the hand,” a witness recounted.

They left with the unspecified amount of money in the bag, leaving shopkeepers and passers-by in shock.

Police arrived at the scene to assess the situation.

The victim was rushed to the hospital for treatment.