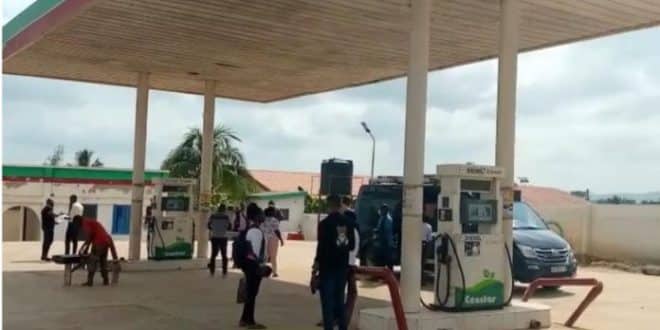 A security guard was gunned down by unidentified assailants at the Mobik Energy Fuel Filling Station along the Tarkwa-Banso road in the Tarkwa-Nsuaem Municipality, Ghana.

The deceased was on his normal patrol duties when the suspects, dressed in jackets with hoods and caps stormed the premises and shot him to death.

The body of the deceased was hidden by the suspects at the back of the fuel station.

They broke into five different rooms of some workers of the company, assaulted them, took away some cash and attempted to open money the be pm safe but were unsuccessful.

The police were informed, and they proceeded to the scene to examine the body.

The body has been deposited at the Apinto Government Hospital morgue for preservation and autopsy.

Some of the workers have been invited by the Police at Tarkwa to assist in investigations.