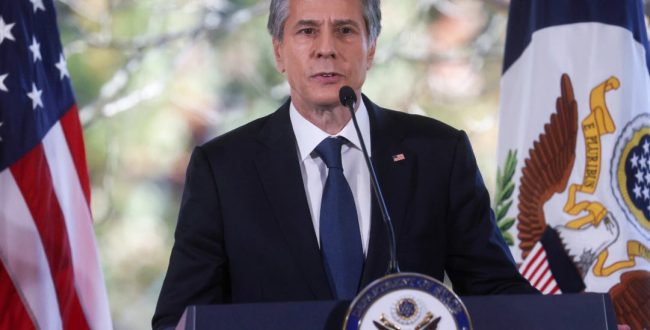 US warns Israel against creating new settlements in West Bank

The head of the American diplomacy Antony Blinken on Sunday said the United States would oppose the establishment of new colonies by the next Israeli government in the occupied West Bank.

His remarks come at a time when Benjamin Netanyahu is preparing to regain power thanks to a coalition with the far right.

“We will also continue to unequivocally oppose any action that jeopardizes the two-state solution, including settlement expansion, moves toward annexation of the West Bank, disruption of the historic status quo of holy sites, demolitions and evictions, and incitement to violence,” the secretary of state said during an intervention with the American progressive pro-Israel group J Street.

The right-wing bloc and its ultra-Orthodox and far-right allies won the majority in the Israeli legislative elections on November 1, with 64 seats out of 120, allowing Benjamin Netanyahu to begin negotiations to form a government.