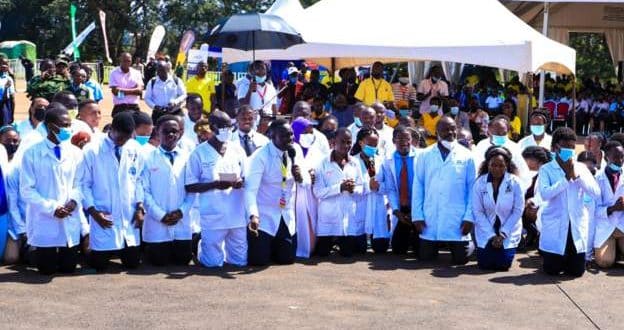 A group of Ugandan doctors have taken a knee before President Yoweri Museveni asking him to run for a seventh term.

The doctors representing the Uganda Medical Association (UMA) had attended a patriotism symposium in the capital, Kampala, when they were led by their leader to kneel before the president.

He asked President Museveni to run for new term in 2026.

The gesture sparked controversy on social media, with many accusing the group of being subservient to politicians.