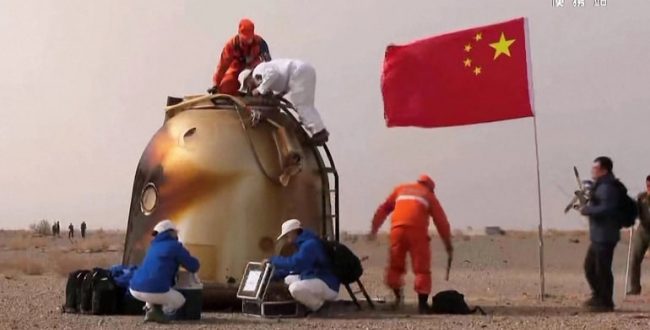 Chinese astronauts return to earth after six months in space

The crew, who had been on board the Chinese space station since early June, landed at the Dongfeng site in Inner Mongolia (northern China), the space agency said as quoted by the official Xinhua agency.

According to medical personnel, the three astronauts, including a woman, are in good health.