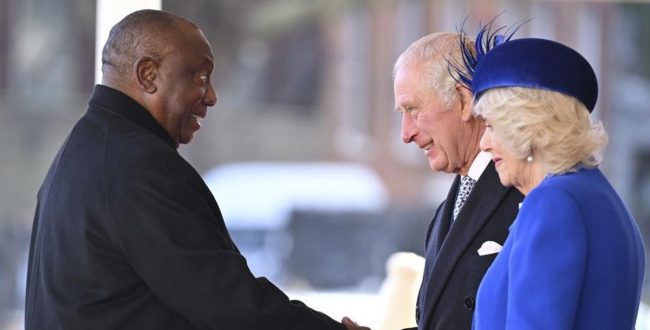 He was accompanied by his wife for the first visit of a head of state under the era of Charles III at the invitation of the new British sovereign.

This two days visit to the United Kingdom is the symbol of a long friendship between South Africa and the British crown, since the reign of Queen Elizabeth II.

Cyril Ramaphosa made a speech to the British Parliament before being received at a banquet at Buckingham Palace.

Together with the new Prime Minister, Rishi Sunak, they discussed cooperation between the two countries, even though the United Kingdom is a small trading partner of South Africa.