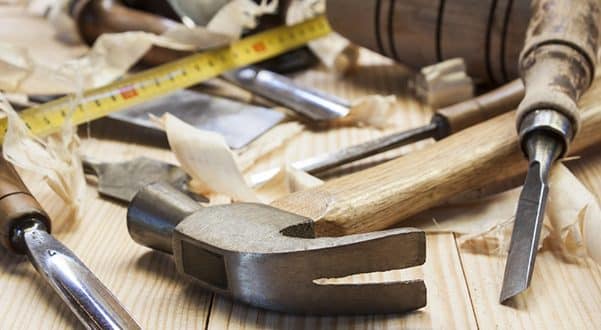 A 45-year-old carpenter has beaten his wife to death during an argument bordering on the owner of a private school in Nigeria’s Ogun state.

The deceased and her husband were at home arguing over the owner of the property.

The argument degenerated and the carpenter hit his wife with an iron padlock on the head.

She died while receiving treatment at the hospital where she was rushed by her husband.

Investigation revealed that the couple’s incessant quarrel had been on the ownership of the private school the deceased had built in her and her husband’s name.

The husband who is a carpenter had wanted to take over the school but the deceased who was an RCE graduate refused.

The man was arrested after the deceased’s elder sister lodged a complaint at the Kemta Police Station.