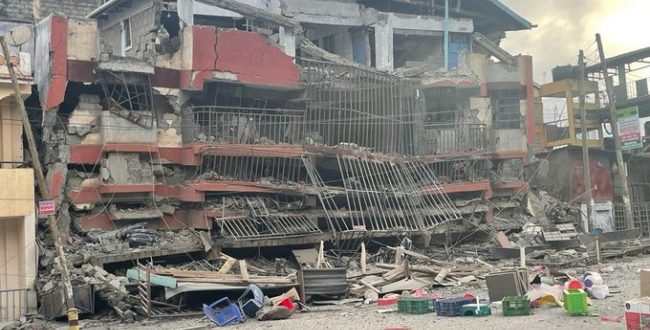 A five-storey residential building collapsed on Monday in Ruiru on the outskirts of the Kenyan capital, Nairobi, barely a day after its tenants were evacuated, local media reported.

The evacuation was witnessed by the local governor, Kimani Wamatangi, on Sunday after the building developed cracks.

It had more than 100 tenants, according to local media outlets.

The National Construction Authority (NCA) was earlier reported to have found it to be structurally unsound.

Local television station Citizen TV has tweeted a picture of the building: