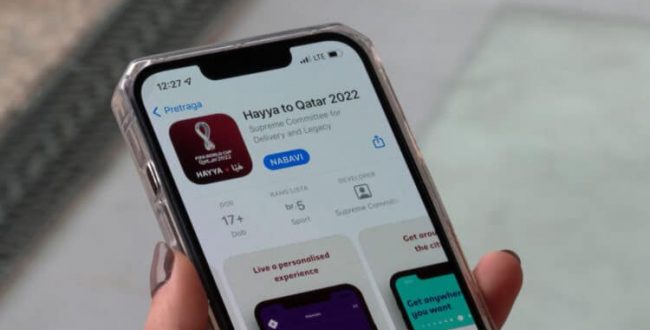 Supporters will have to delete these applications in Qatar

Ibrahim AMED 3 weeks ago Asia, In the news, Politics and society, Society, Sports Leave a comment

On November 11, the National Commission for Computing and Liberties (CNIL), advised supporters traveling to Qatar to use blank or disposable phones, as there are a few extra precautions to take to avoid being arrested.

The World Cup is fast approaching and so is the surge of supporters. But for them, a sensitive point is to watch: their smartphone.

Online betting and gambling are prohibited in the emirate. The offender risks imprisonment “for a period not exceeding three months and/or a fine not exceeding 3000 Qatari Riyals (approximately 800 euros)” according to article 275 of the local Penal Code. Thus a supporter who would bet via his phone before a match would be arrested – still he would have to be caught. So it is advised to uninstall any such app.

Another ban, LGBT dating apps since homosexuality is illegal and repressed in Qatar.

However, any supporter who would go to the country must on the other hand download two applications: the official application of the World Cup, Hayya which will be used to check tickets in front of the stadiums, and the tracking application of Covid, Ehteraz.

But these are accused of being spyware for the Qatari authorities. They would give them broad access to fan data, as well as the ability to read, delete or edit content and even make direct calls.