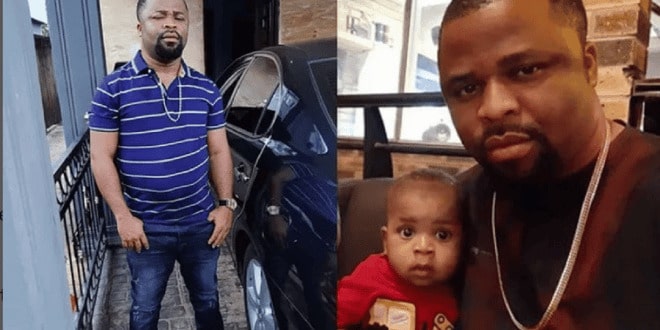 A Nollywood actor and comedian Dike Osinachi, better known as Apama has lost his only son aged two-years from an unknown illness.

The death of the little boy occurred on Tuesday, November 15, 2022, in the morning at a hospital where the child was receiving treatment.

The sad news was confirmed by several people close to the actor, including his manager and communications director, David.

The actor Osinachi himself had shared a message on his Facebook page, where he wrote: “God is still God” before posting the video of a gospel song on his Instagram account in memory of his son.