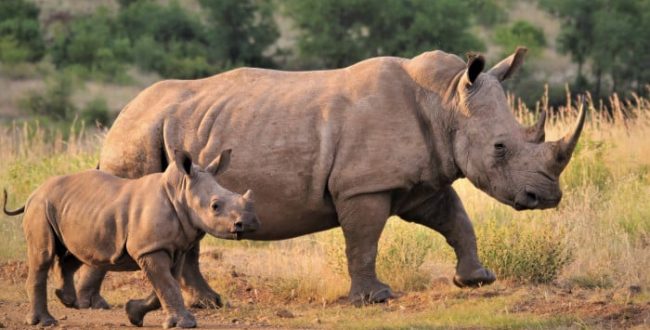 Two Mozambicans have been sentenced to 30 years in prison for illegal hunting and possession of a firearm.

They were arrested in September last year with a firearm and ammunition at a game farm with the aim of slaughtering rhinos to extract their horns for commercial purposes.

The game farm is part of the Great Lebombo Conservancy (GLC), which comprises a number of Mozambique game farms along the border with the Kruger National Park in South Africa.

The two poachers were detained after being stopped by rangers before they could kill any animal.

This is the second time that a hunter of a protected species has been sentenced to 30 years in prison.

Since 2008 to date, more than 8,000 rhinos have been killed by poachers throughout the region of the Great Limpopo Transfrontier Park – which includes South Africa’s Kruger park, Zimbabwe’s Gonarezou National Park, Limpopo National Park and the GLC.

Rhino poaching is driven by the demand for rhino horn in Asian countries, particularly China and Vietnam.

Rhino horn is used in traditional Chinese medicine, but also increasingly common is its use as a status symbol to display success and wealth.