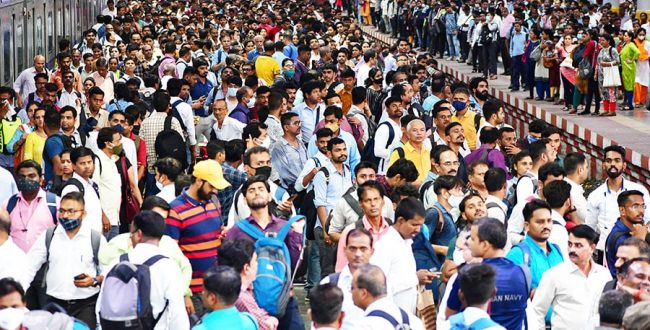 The world population exceeds 8 billion inhabitants on Tuesday, according to the official estimate of the United Nations, which sees in it “an important milestone in human development” and a reminder, in the midst of COP27, of “our shared responsibility to take care of our planet”.

For the UN, “this unprecedented growth” – there were 2.5 billion inhabitants in 1950 – is the result of “a gradual increase in the length of life thanks to progress in public health, nutrition, personal hygiene and medicine”.

The 8 billion mark is crossed in the midst of the world climate conference, COP27, in Sharm el-Sheikh, which once again underlines the difficulty of the rich countries, those most responsible for global warming, and the poor countries that are asking for help to deal with it, to agree to more ambitiously reduce greenhouse gas emissions from human activities.

But population growth also poses formidable challenges to the poorest countries, where it is concentrated.

However, recalls the UN, “if population growth amplifies the environmental impact of economic development, the countries where the consumption of material resources and the emissions of greenhouse gases per inhabitant are the highest, are generally those where the per capita income is the highest and not those where the population is growing rapidly”.