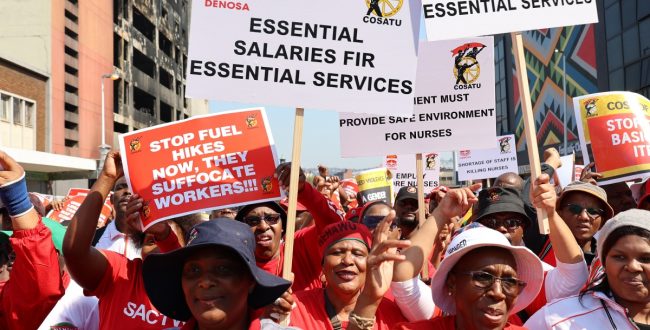 Hundreds of thousands of civil servants in South Africa have started a nationwide strike over wages and working conditions.

Local media have described it as the first major strike by public servants in the decade.

Members of the Public Servants’ Association (PSA) had for weeks staged lunchtime pickets, but have now decided on a full-scale shutdown in major cities across South Africa.

It follows a breakdown in negotiations between the union and the government.

Meanwhile airport authorities have warned that the industrial action may cause delays at passport control and have warned travellers to arrive for their flights at least four hours before departure time.