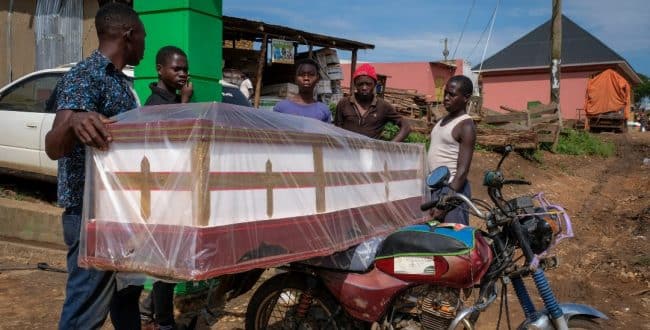 Several residents of Mukono District in central Uganda have accused religious leaders, traditional healers and witchdoctors of spreading wrong information about Ebola Virus Disease which has so far 135 people and killed 53 in the country, Dailymonitor reported.

According to local leaders, religious leaders, witchdoctors and traditional healers in the rural settings of the district have reportedly been telling residents that they will not get infected if they continue to pray or give offerings in form of money.

Mr Jamir Yiga, the Kyampisi Sub County chairperson said the pastors and witchdoctors are offering gullible residents and followers false miraculous powers from their gods and African spirits for protection against the highly contagious disease.

A residents of Gunda village also said traditional healers in his neighborhood have for long been discouraging residents against taking vaccines against viruses such as Covid-19 and Ebola.

Last month, President Museveni ordered traditional healers and religious leaders to stop treating or receiving sick people in a bid to halt the spread of Ebola.