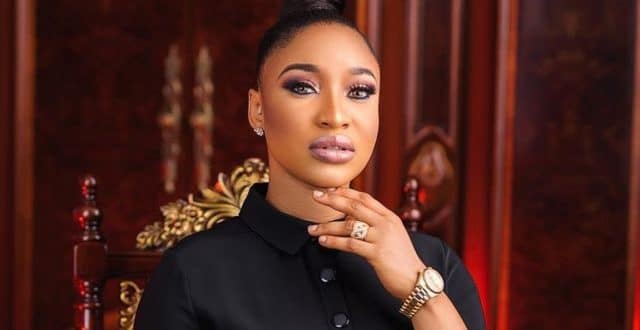 Nigerian actress-turned-politician, Tonto Dikeh has revealed that she was always taken care of by her father and stepmother, adding that they never made her miss her biological mother.

In all her 37 years on earth, she counts herself fortunate to have not known her biological mother.

In an interview where she was speaking on her life journey, she said she owes all her achievement to her stepmother who groomed her to be the strong woman she is today.

“My stepmom was the only woman involved in my life who also supported me when I left home to pursue my career in the entertainment industry. She’s the only one who has ever blessed me, clothed me, fed me and prayed for me as a mother,” she said.

According to her, the greatest love of motherhood was from her stepmother, adding she is grateful to have not met her biological mother as she doubts she would have been as good as her stepmother.

“She gave more than what she had. She was the best, the best woman on earth and because of her, sometimes I say, thank God I never knew my mother because she would not have been as good as this.”

Tonto was filled with tears as she remembered some fond memories of her stepmother who passed on earlier this year.