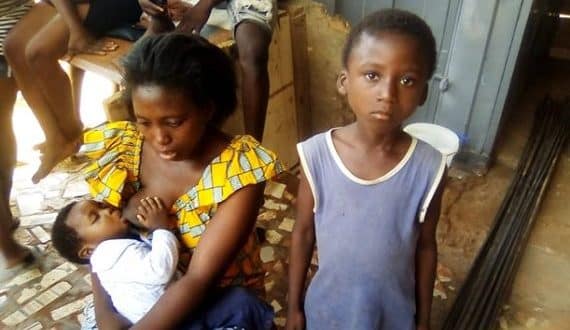 Two children rescued after their mother tried to kill them

A 23-year-old mother, resident of Nkroful in the Sekondi-Takoradi Metropolis, attempted to kill her two children and herself, arguing that she was fed up with life.

The woman locked herself and her two children in her room and decided to kill the children and herself later.

She covered her six years son with a cloth and tried to strangle him to death when a friend of her knocked on her door, forcing her to open it.

She later confessed to her friend that if she hadn’t knocked on the door, she would have killed her two children and herself.

“I have two children with two different fathers as I was raped by the first man and abandoned by the second and now I’m also pregnant but the one who impregnated me has also refused responsibility. I wanted to end it all,” she explained.