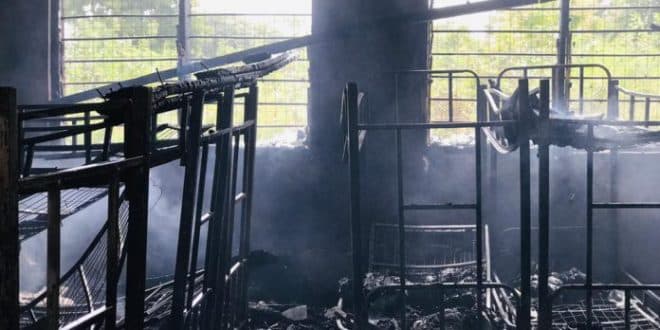 An investigation is underway to establish the cause of a fire that engulfed the girls’ dormitory at Sawla High School (SHS) in Savannah Region, Ghana.

The timely intervention of the Sawla Fire Command prevented the fire which could have ruined the entire dormitory from wreaking more havoc.

The tactical firefighters after assessing the situation employed the starvation method of firefighting and confined the fire to its origin.

This methodology prevented the fire from spreading to the other rooms and brought it under control, it was finally extinguished.

No casualties were reported in the process, but three rooms in the dormitory and all their contents were lost in the blaze.