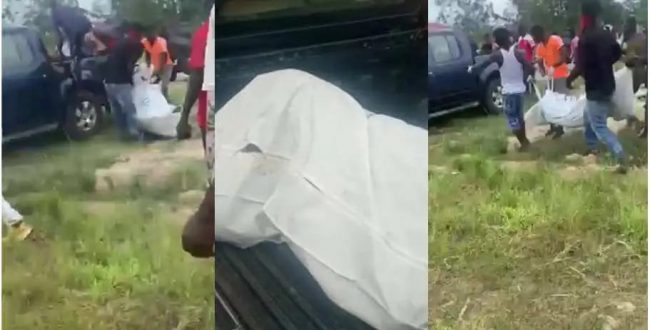 A 28-year-old taxi driver has been found dead with his head and vehicle missing in Ghana’s central region as locals suspect he may have been ritually murdered.

The victim operated from a taxi rank at Ekumfi Essarkyire where he was well known for his work as a driver.

In an interview with Adom News, the Financial Secretary of Ekumfi Essarkyire Protoa Station, Ibrahim Mustapha, disclosed the suspects hired the services of the deceased.

The victim therefore left with them but did not return.

Mr Mustapha said some leaders at the station and Police officers embarked on a search for him only to discover his lifeless body.

His lifeless body was found naked in an uncompleted building with his hand tied behind his back.

Ibrahim Mustapha said unconfirmed reports indicate two suspects have been arrested and are in custody at the Pokuase Police Station where the vehicle has been impounded.