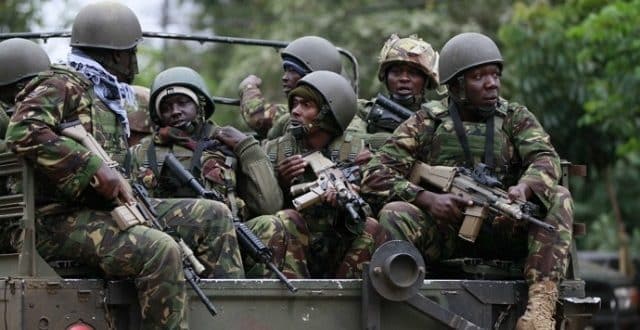 Kenya to deploy troops to fight rebels in DR Congo

Kenya is deploying the first contingent of a regional peacekeeping force to eastern Democratic Republic of Congo, local media reported.

President William Ruto will on Wednesday morning preside over a flagging-off ceremony in Nairobi for the Kenya Defence Forces (KDF) battalion joining the regional forces.

The Kenyan troops, who will be in DR Congo as part of the East African Community (EAC) force, will help the Congolese army’s efforts to quell the violence in the region.

Some Kenyan troops have already been installing logistical support systems in DR Congo since September in readiness for the planned operations against the rebels.

The EAC agreed on a troop deployment deal to combat rebels early this year.

The Kenyan contingent’s first mission will be to help recapture the border city of Bunagana that was seized by the M23 rebels in June.