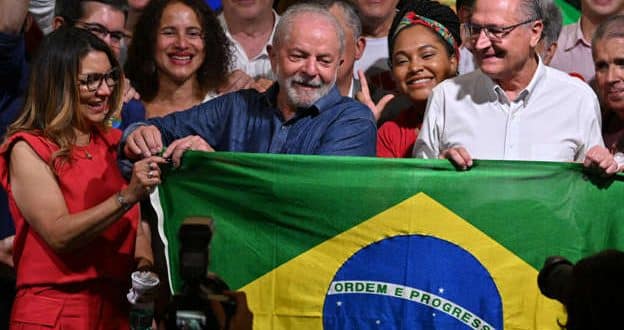 What to know about Lula, the new Brazilian president?

Ibrahim AMED 4 weeks ago In the news, Politics, United States Leave a comment

At 77, after having chained moments of glory and reverses of fortune while going through prison, Lula, an unsinkable icon of the Latin American left, was elected President of Brazil on Sunday, signing his return to the presidential palace in Brasilia.

“Brazil is back!”, launched President-elect Lula on Sunday, advocating “peace and unity”, after his victory by a short head over outgoing far-right president Jair Bolsonaro.

The comeback of Luiz Inacio Lula da Silva, who was in power for two terms (2003-2010) and saw his 6th presidential campaign lead him back to the supreme office, is a first in the recent history of Brazil . But Lula, who had an extraordinary destiny, has come a long way.

This charismatic tribune with a hoarse voice traveled the immense country, equipped with a bulletproof vest, and delivered a fierce duel to his lifelong enemy, Bolsonaro.

A major challenge now awaits Lula, who will have to reunite and pacify a polarized Brazil battered by years of crisis management.