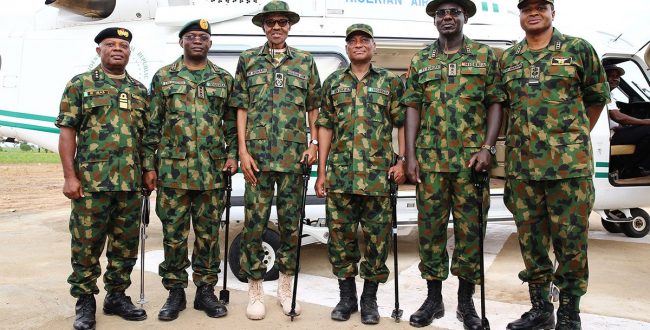 The presidency said in a statement that the meeting was aimed at reviewing and strengthening the security network across the country.

Last week the UK and US had warned that Islamist militants were likely to target government facilities, places of worship and schools in Abuja and its environs.

The US went further to approve the evacuation of its citizens and non- essential staff. The alerts sparked public anxiety and tension across the country.

Meanwhile reports say a top leader of one jihadist group, Iswap, has been arrested and some militants killed as they attempted to free some of their detained leaders being held at a camp in central Niger state.

The militants were reportedly killed by Nigerian troops after they ran into military ambush in New Bussa, Niger state, according to the BBC.