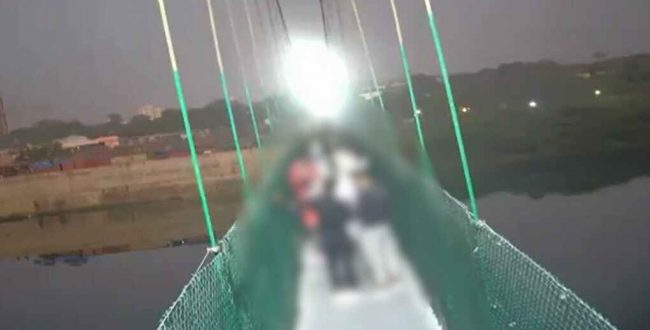 Elise ATAYI 4 weeks ago Asia, In the news, Society Leave a comment

At least 141 people lost their lives when a pedestrian suspension bridge collapsed in India’s western state of Gujarat.

A local official said most of those who died were women, children or elderly. The bridge in Morbi had been reopened just a week ago after repairs.

“Many children were enjoying holidays for Diwali and they came here as tourists,” an eyewitness told Reuters news agency.

“All of them fell one on top of another. The bridge collapsed due to overloading,” he added.

Police, military and disaster response teams were deployed and the rescue effort is continuing.

“More than 177 people have been rescued so far,” officials said.

The death toll is expected to rise further.

Videos showed scenes of chaos as onlookers on the river banks tried to rescue those trapped in the water as darkness fell.