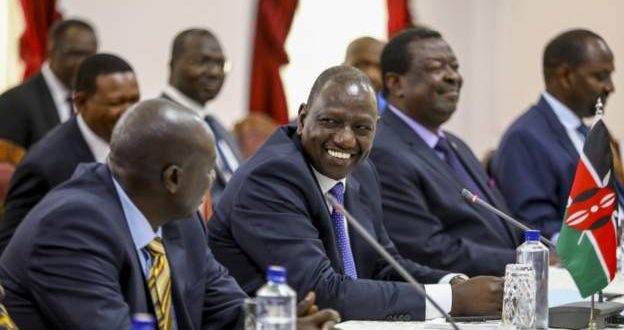 Kenya: President Ruto’s new cabinet to be sworn in

Kenya’s new 22-member cabinet is set to sworn in on Thursday, a day after they were approved by parliament.

President William Ruto has retained one minister from his predecessor’s cabinet as a adviser on national security and introduced the position of a prime cabinet secretary.

The president rewarded his political allies with cabinet appointments.

Despite promising that the cabinet would be gender balanced, Mr Ruto nominated only seven women to the 22 ministerial positions, with two women as presidential advisers and one woman cabinet secretary.

The new cabinet’s immediate focus will be to tackle the rising cost of living and the food crisis caused by failed rains.

On Tuesday, the president said that he will need at least a year in order to reduce the price of maize flour – the country’s staple food.