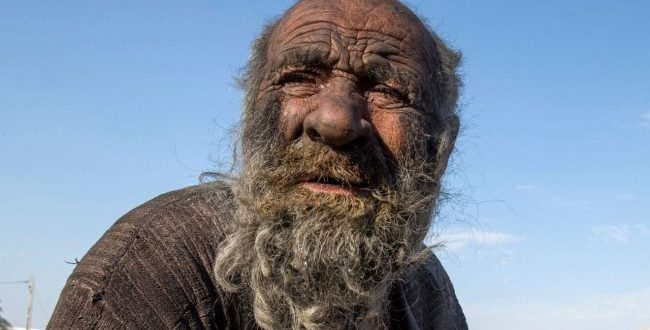 Iranian media announce the death of the world’s dirtiest man

An Iranian dubbed ‘the dirtiest man in the world’ for not taking a shower for decades, has died in the village of Dejgah in Iran’s southern province of Fars, official media reported.

Amou Haji, 94, had never bathed in over half a century and was single.

He had avoided showering over fears of “getting sick”.

“But for the first time a few months ago, villagers had taken him to a bathroom to wash,” IRNA reported.

A short documentary titled “The Strange Life of Amou Haji” was made about his life in 2013, the media reported.