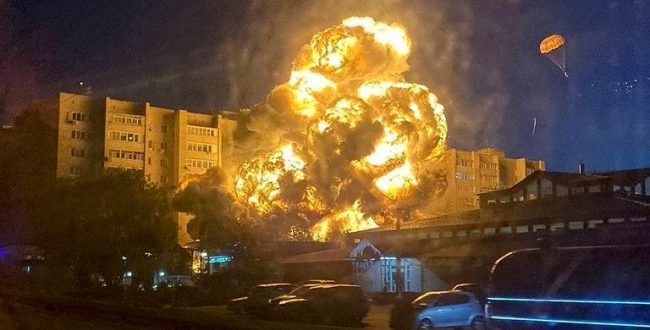 Russia: at least 13 dead after crash of a warplane

At least 13 people including 3 children have died after a fighter-bomber plane crashed into a building in the southern city of Yeysk, the Russian Defence ministry said.

According to a report from the pilots, who jettisoned from the plane, the reason for the crash was a fire in one of the engines during the take off.

“At the point where the Su-34 came down, in the courtyard of a residential block, the plane’s fuel supply caught fire,” it said.

The Kremlin ordered national and regional authorities to provide “all necessary assistance” to the victims of the fire.

The Russian Investigative Committee had opened a criminal investigation and sent investigators to the scene.