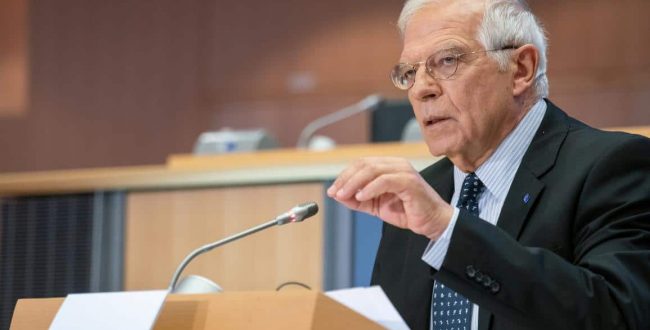 Any nuclear attack by Russia against Ukraine will lead to a military response from the West, said the head of European diplomacy Josep Borrell, on Thursday.

Russian President Vladimir Putin has said he is not bluffing with the nuclear threat.

“He must then understand that the countries that support Ukraine, the European Union and its member states, the United States and NATO, are not bluffing either,” said Josep Borrell.

“Any nuclear attack against Ukraine will lead to a response, not a nuclear response, but a military response so powerful that the Russian army will be wiped out,” he told the College of Europe in Bruges.