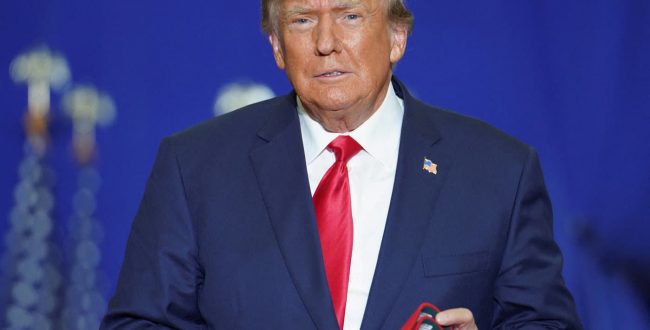 “We will never have a war like this” – Donald Trump

Former US President Donald Trump harshly criticized his successor, Joe Biden, whom he accuses of not understanding the issues surrounding the current conflict in Ukraine and of dragging the world into a new global conflict.

“We have a war between Russia and Ukraine with potentially hundreds of thousands of people dying. We must demand the immediate negotiation of a peaceful end to the war in Ukraine, or we will end with World War III, and there will never have been a war like this,” he said at a rally in Arizona.

According to the former president, the ongoing war in Ukraine is continuing due to the ignorance of some politicians.

“And all because of stupid people who don’t know anything,” he said, taking aim at President Joe Biden.

Since the start of Russia’s invasion of Ukraine on February 24, the United States made it a point of honor to support the Kyiv regime by multiplying military aid, which now amounts to billions of dollars.