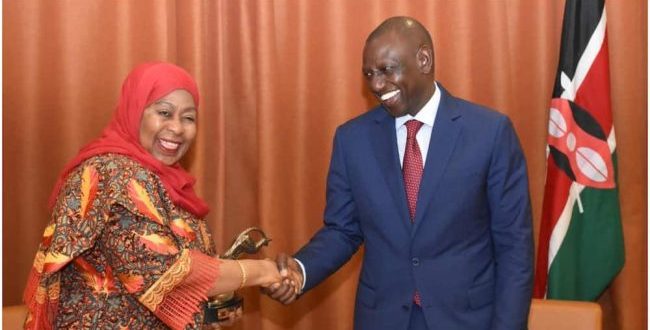 Kenya intends to press on with the building of a natural gas pipeline from Tanzania’s main city Dar es Salaam, to its coastal city of Mombasa and later to the capital Nairobi, in a bid to lower energy tariffs, Kenya’s President William Ruto has said.

Mr Ruto spoke to Tanzanian media on Monday, shortly after holding bilateral talks with President Samia Suluhu, on his first visit to the neighbouring country since he took office in September.

Mr Ruto said the project would lower energy tariffs in the industrial sector, as well as for families in their homes.

In May last year, Mr Ruto’s predecessor, Uhuru Kenyatta and Ms Suluhu signed a preliminary agreement covering the transport of gas from Tanzania to Kenya for use in power generation and, potentially, for cooking and heating.

The deal was said to be part of a longer-term plan to expand infrastructure links between the two big economies of East Africa, according to the BBC.

You can listen to full media briefing of the two presidents, in Swahili and English, here: