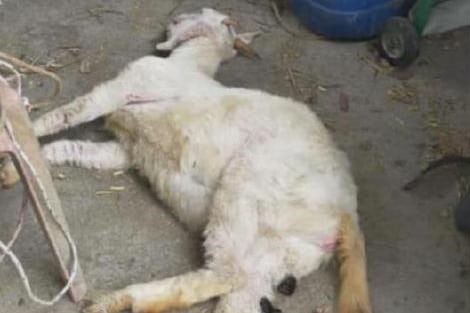 A man allegedly killed his friend due to a misunderstanding about a recently dead goat given to them by a local in Sehwi Wiawso township in the North West Region of Ghana, local media reported.

Reports said the two are close friends who do everything together in the community, including the consumption of abandoned dead animals.

The suspect, identified as Azulay, allegedly hit his friend Buley to death with a stick over goat meat.

Azulay felt cheated as he was expecting a greater share of the meat as it was his suck that was used to carry the dead goat.

He went to Buley’s house to take his suck during which they reportedly attacked each other with cutlasses and sticks but unfortunately, he struck Buley’s head with a stick.

Unconscious, Buley was pronounced dead at the Sehwi government hospital.

Azulay had fled the city after committing the crime, according to reports.