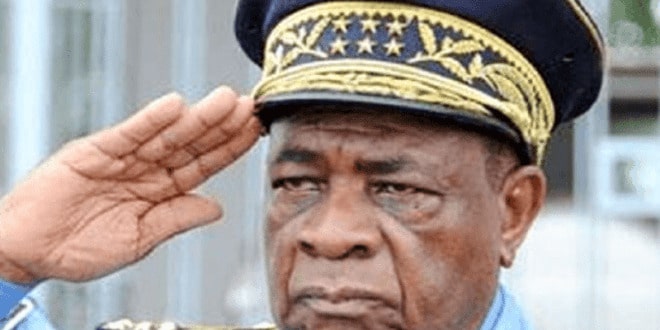 This man is the oldest active police officer in the world

Considered one of the most loyal to Cameroonian President Paul Biya, Martin Mbarga Nguélé, 90, is today the oldest active soldier in the world.

Every morning in Yaoundé, the police cut off traffic as Martin Mbarga Nguélé’s motorcade made its way, sirens blaring, the two kilometers from his residence in the Bastos district to his office in Nlonkak, downtown.

Apart from Paul Biya, the General Delegate of the Cameroonian Security is the only one who still grants himself this privilege from another era.

He knows the criticisms that this has earned him and also aware of the sarcasm that flourished on social networks when he celebrated his birthday on July 1, becoming probably the oldest active police officer in the world. But it takes more than that to shake him.

He delivers the secrets of his longevity: he is known as one of the pillars of the regime he has served so diligently for several decades.

And President Biya, who turns 90 on February 13, appreciates the presence of this elder who “rejuvenates” him and mitigates criticism of his own longevity in power.