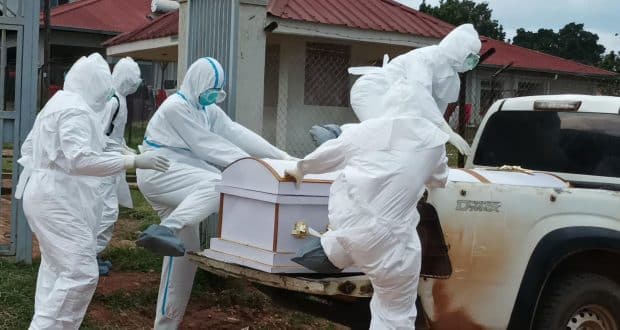 Ugandan health authorities confirmed the death of another health worker, an anaesthetic officer, who died in the early hours of Wednesday.

Margaret Nabisubi, 58, is the fourth medical worker to die of Ebola, according to Health Minister Jane Ruth Aceng.

A team of medics got exposed to the virus when they treated the first confirmed case, who needed surgery, and they have been admitted to Fort Portal regional hospital.

A Tanzanian medical student, who was part of the team, died at the weekend.

Medical workers expressed concerns about not having enough personal protective gear in the first days of the outbreak.