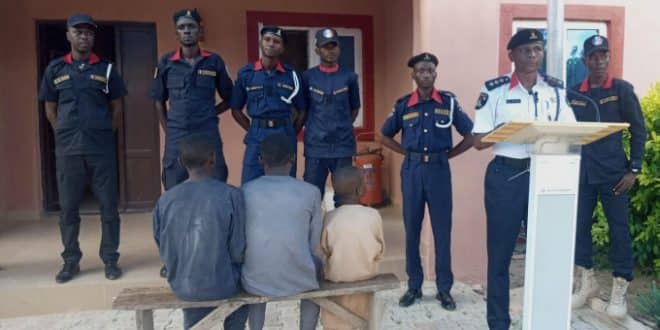 ” A 10-year-old boy, whom they normally give clean clothes and even wireless earphones entered any place where an event is going on, especially wedding or naming ceremony to steal valuables from women’s bags and hands it over to his 16-year-old accomplice, who will rush out to where they parked the tricycle. The 19-year-old suspect is the one riding the tricycle which they normally use for their operations” he said.

Unfortunately for them, the little boy was caught at a wedding ceremony, which led to the arrest of the other two suspects while trying to escape.

Parents are called to always watch the movement of their children and the kind of people they mingle with, so as to insulate them from criminality.