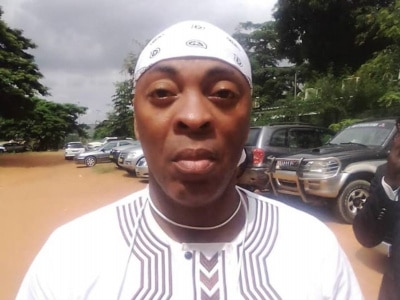 Former servant of God and now gospel singer, Kley Saley, was invited on the Ivorian channel NCI to justify his recent remarks when he said he had served God for more than 12 years but had obtained nothing.

“I served God for 12 years and I got nothing,” he had revealed.

“I had to get back on the music scene, and I had to say things. I had to get heard, I had to get seen. It was a buzz to get people talking about me,” he told NCI.

“I said it for a purpose. But God knows my intentions. He knows my thoughts” he added.

But while Kley Saley claims it was a buzz, fans are expressing their dismay.

“That’s really disappointing of you”.

“You’re a blasphemer”… can be read in comments.