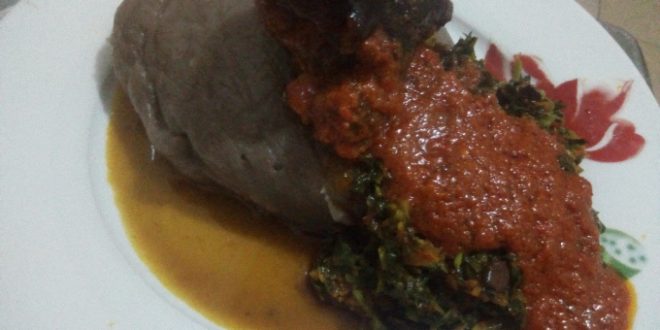 Residents of Mopa town in Nigeria’s Kogi state are mourning the death of four family members after eating a meal made from cassava flour known as ‘Amala’, local media reported.

It was learned that the family cooked the “Amala” meal from the leftover cassava flour they spread on the sun for few days which they ate before going to bed.

An eyewitness reported that the victims became sick overnight and efforts were made to stabilise them but unfortunately, the youngest member of the family passed away on Friday, quickly followed on Saturday by the relative living with the family.

The others were moved to the highly rated ECWA Hospital, Egbe, for better medical attention but the father and daughter passed away.

“We are shocked. I have never seen a thing like this. We suspect that someone may have poisoned the food. For what? We cannot tell. I’m confused and in pains. This is too much to bear,” a member of the family lamented.

The burial is suspended for proper investigations to unravel the cause of their deaths.