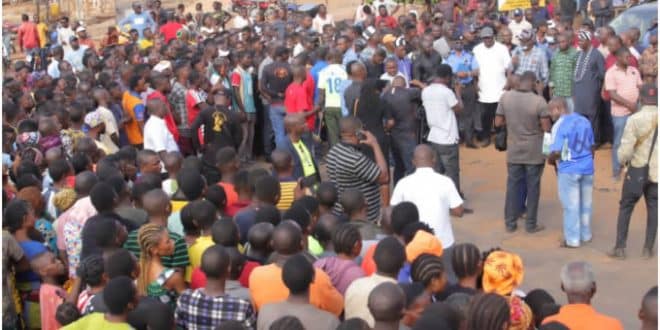 They were reportedly dragged with a rope around the village and subsequently beaten to death.

According to locals, who did not want to be mentioned, what sparked the accusation was the sudden death of a young, who had recently graduated from high school.

He collapsed while working on the farm and was rushed to the village health center where he was confirmed dead.

Despite the intervention and appeal of the family members of the tortured victims, including their children, the youths resisted and ensured that the elderly men were stoned.

When contacted, Benue State Police Command spokeswoman Catherine Anene confirmed the incident and said the suspects are currently at large.