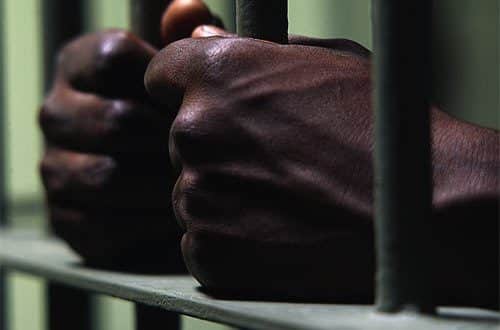 A Circuit Court in Koforidua in the South Eastern Region of Ghana has sentenced a private security guard to eight (8) years imprisonment for inflicting deep match wounds on his cousin.

The convict Daniel Addy, 52, will serve his jail term in hard labour and pay an amount of GHC6,000 as compensation.

It comes as Mr Addy inflicted matchete wounds on his cousin after accusing him of stealing fish from the soup he left behind.

The cousin denied knowledge of the matter but Addy pulled out a cutlass in the heat of the argument and suddenly hacked the plaintiff on the head and left hand.

He fled the scene leaving the victim in a pool of blood.

Witnesses rescued the victim and took him to the Eastern Regional Hospital for further treatment.