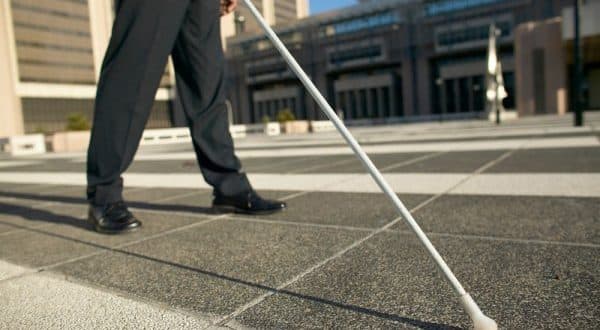 Man goes blind while trying to kill his mother with “juju”

A prison inmate, Richard Ofosu Dame, now free has been confessing his evil deeds including his attempt to kill his own mother, crimecheckghana website reported.

Dame, however, claims that God took hold of her mother’s life and protected her despite the many traps he threw at her.

Dame said he had already killed three people he had been contracted to kill, spiritually.

He said he became possessed by an evil spirit, causing him to use his powers to cause atrocities including killing people.

Dame said the evil powers he possessed enabled him to summon people’s souls through his chants.

He indicated that he even went to Peki in the Volta Region to buy a snake, which could vomit money.

However, his mother who was against his deeds hindered his acts with her prayers.

Dame said his mother’s prayers did not sit well with him so he attempted to kill her in the same manner he had done with the other deceased individuals.

He said his attempt failed and rather got him blind while he was chanting to get her mother’s soul to appear in a calabash for him to stab her. He lost his sight for two years.

“I have a small stone under my bed which I worship. A man gifted it to me. When I want to kill, I get a small doll and pins around it with a red piece of cloth. After that, I put it in a calabash containing water. When the water turns reddish in colour, then it means that the person has been killed. I used the same method to kill three. I also summon people’s souls to kill them,” he said.

“It got to a time, my mother’s prayers were obstructing my work. She advised me to stop but I refused. I wanted to take her life the same way I did with the others but it was unsuccessful. I was chanting in a bid to summon my mother’s soul. She was praying that evening and when the incantations got intense, some sort of strange wind blew over my face and that ended my sight. I went blind for two years,” he confessed.

Like Apostle Paul in the Bible, Dame said he repented after his sight was restored.

“When I lost my sight, I realized that God’s power reigns supreme. I was taken to many places to seek help and through that I encountered God,” he said.