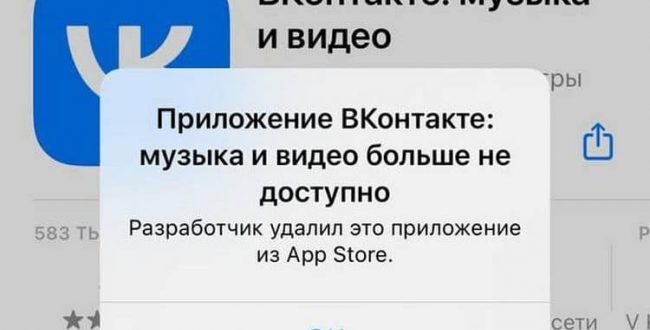 Apple has removed VKontakte, Russian Facebook and all apps made by tech giant VK from App Store and announced the closure of VK Technology accounts.

“In war as in war”. This is somewhat the explanation given by Apple to justify the removal of applications from the VK technology group from its App Store.

VKontakte is the most powerful Russian social network which has more than 100 million users.

“Apple acted on the sanctions imposed by Great Britain,” an Apple spokesperson told specialist media The Verge, adding that “the company had complied with the sanctions by terminating the developer accounts associated with the apps. VK (Mail.ru, VK Music and Youla in particular).”

In a statement posted on its site, VK confirmed Apple’s blocking of all App Stores worldwide. But that won’t stop it from continuing to develop and support iOS apps. Already downloaded, these remain accessible for users. Google has not removed them from its Play Store.