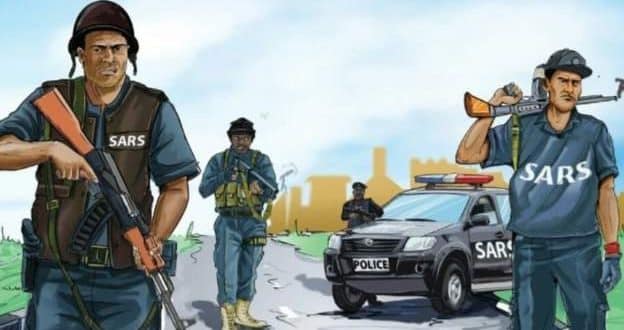 Nigeria’s National Human Rights Commission demanded the dismissal and prosecution of a number of police officers for torture, extrajudicial executions and unlawful detention.

It comes after the committee’s investigations into police abuse against people protesting against police brutality in 2020.

The panel headed by a senior judge, Sulaiman Galadima, ordered the dismissal of officers and the payment of compensation to victims of police brutality.

Earlier this month, the commission paid about $700,000 in compensation to victims of police brutality.

In October 2020, police brutality and violation of human rights by the Special Anti-Robbery Squad (Sars) police unit triggered a nationwide protest with a hashtag #EndSars.

They forced the authorities to disband the unit – created to fight violent crime including armed robberies and kidnappings.