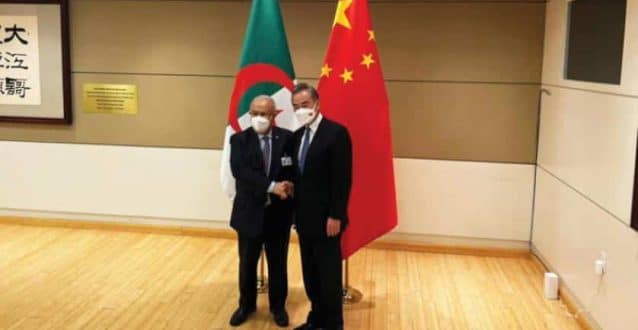 Chinese authorities have given their support to Algeria after its application to join the group of emerging countries Brazil, Russia, India, China and South Africa (BRICS).

It comes after a meeting between the Chinese Minister of Foreign Affairs and his Algerian counterpart, on the sidelines of the 77th General Assembly of the United Nations.

“China supports Algeria in its role as rotating president of the Arab League and in the successful holding of the Arab Summit and welcomes its membership in the BRICS family,” said Mr Wang the Chinese Foreign Minister, quoted by the New China Agency.

Algerian President Abdelmadjid Tebboune estimated that “membership in this group would put Algeria, a pioneer country of non alignment, safe from the tug of war between the two poles.”