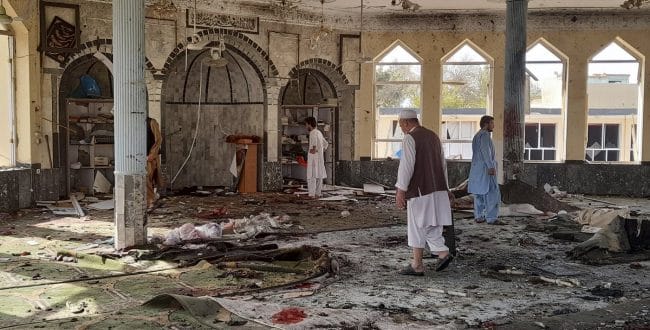 Elise ATAYI 4 days ago Asia, In the news, Politics, Society Leave a comment

An explosion near a mosque in the Afghan capital, Kabul, killed 14 people and injured others as worshipers finished their Friday prayers.

“A bomb blast occurred on a road bordering the Wazir Akbar Khan mosque, which is frequented by senior Taliban officials,” stated Khalid Zadran.

The attack killed fourteen people, four of whom died before reaching the hospital, Kabul Emergency Hospital announced on Twitter.

Zadran stressed that all the victims are civilians, adding that more information will be announced later.

The exact number of victims is still not determined.