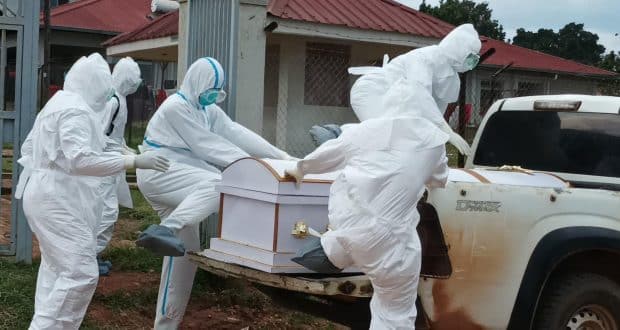 Uganda’s health ministry reported six new Ebola cases after officials confirmed an outbreak in the country earlier in the week in the central district of Mubende.

The authorities are also investigating whether seven other deaths, including that of a one-year-old girl, were due to Ebola.

Of the six new cases, one was reported from a neighbouring district.

This is the third outbreak of the Ebola Sudan strain in Uganda.

Over 40 people who contacted a family that reported some of the cases have been traced. Eleven of them are under isolation, said Kyobe Henry Bbosa, the incident management commander from the health ministry.

Neighbouring countries said they were on high alert over in case the disease spread across the borders.