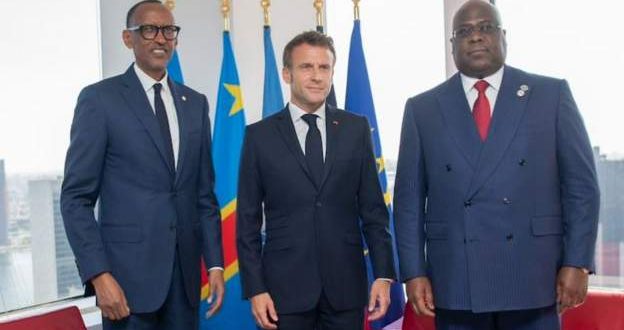 French President Emmanuel Macron met with Rwandan President Paul Kagame and his Congolese counterpart Felix Tshisekedi to discuss tensions between the two neighbors over rebel activity near their common border.

The leaders want to “intensify lasting co-operation to fight impunity and put an end to activities of armed groups in the Great Lakes region,” state-owned France 24 quoted the French presidency as saying.

The Congolese presidency tweeted they had agreed to work together for M23 rebels to withdraw from occupied areas “as soon as possible” and for displaced people to return.